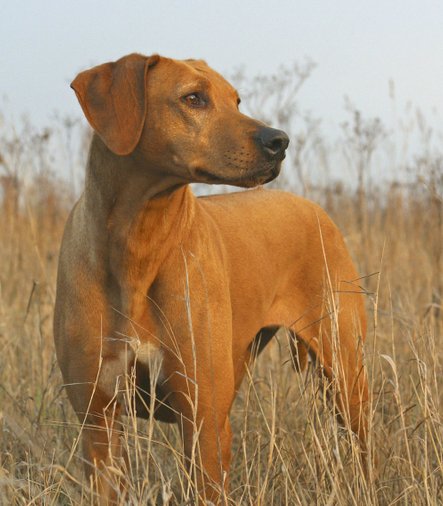 Auxesia was out of a wonderful litter of seven beautiful puppies, her pedigree was feel with some of the best dog , you can wish for.

Auxesia was only shown 16 times. Of them, 2  in puppyclass, where she became best puppy. Later, on the Swedish Speciality, where she in a age of 8 month, placed between the 9 best bitches, entry over 80 bitches many was champions. At the Dutch Speciality, Auxesia was the first  Rhodesian Ridgeback from Denmark, who have won  at the Dutch Specialty where she became BISS, BOB and Clubwinner 2000 ,entry 200 Rhodesian Ridgeback.She was also Danish Champion. At the Danish Specialty 2002, she was best Champion bitch , judge Richard Von Arken from South Africa. In a age of 10 she was best veteran at the Danish Specialty, after she havn´t been show in more than 4 years.

Auxesia was a real mover, again and again, in the writen critker, the stands: "This elegant bitch, have the typical bred movements, something is seldom seen ".......

I´m of cource very proud of these results, but the life together with her, couldn´t any results bid. She was a real Rhodesian Ridgeback,I think that if Auxesia was able to speak she would have say."It´s better to have lived one day as a lion, than thousand years as a sheep" 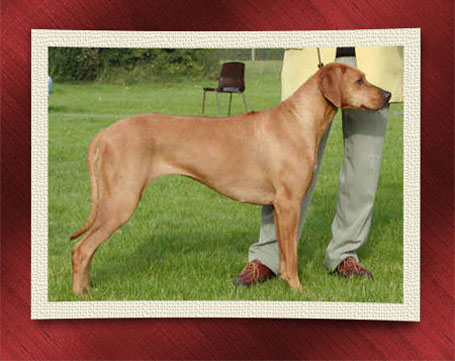